“One who was there had been an invalid for thirty-eight years. When Jesus saw him lying there and learned that he had been in this condition for a long time, he asked him, “Do you want to get well?” (John 5:5-6 NIV)

Five-year-old Brooke was sitting in the backseat of a minivan while her mom and I ran errands. “Mommy,” she asked, “Is it worse to pick a scab or pick a mosquito bite?”

“You shouldn’t be picking at either one.” her mom replied.

I glanced back at Brooke as she tried to wipe away the bloody evidence that she’d done both.

Barbara (not her real name) was such a woman. Her face bore the lines and creases of a woman dragging around years of bitterness and regret. She didn’t bear beautiful scars that reflected God’s story of redemption; but rather soul seeping wounds she determinedly picked at and decisively refused to let heal.

Barbara was raised in a “religious” home, the youngest of twelve children. He father drank heavily and made sport of belittling his children and his wife. Her insecure mom always seemed to be tiptoeing through life, and did little to protect her kids from her menacing husband. When Barbara’s dad forced his daughters to parade in front of him in their underwear, her mom remained fearfully silent.

Barbara’s dad told his twelve children that the first four were planned, but the rest were accidents. She was an accident.

To save time, many of Barbara’s siblings took baths together. She remembers her older brother molesting her with inappropriate touching in the bathtub. Several years later, she repeated the behavior by touching a younger neighbor in the same way. And for thirty-three years, Barbara picked at the scabs of shame and bitterness and refused God’s invitation to heal them.

I talked with Barbara for a long time as she recounted her story to me. I reassured her of God’s full forgiveness and underserved grace. I pointed out redemptive Bible verses right there in black and white, and some in red. We talked about the necessity of forgiving those who have wronged us, and forgiving ourselves for those we have wronged. We talked about letting go of the past and moving forward in the present. We talked about the truth that when we come to Christ, we become a new creation, the old is gone and the new has come. After about an hour, I realized that we weren’t getting anywhere.

Friend, hear me on this. This is important. It wasn’t that Barbara couldn’t forgive her dad or herself; it was that she wouldn’t forgive her dad or herself. It wasn’t that she couldn’t leave the past behind; it was that she wouldn’t leave the past behind. And as long as she continued rehearsing the misdeeds in the theater of her mind, she would never be free.

As long as she saw herself as the star of the show who was oh so wronged, but oh so right, there would never be final a curtain call for the story to end. Like a child who continues to pick at a scab, Barbara continued to pick at the scabs of her life, never giving them a chance to heal.

I don’t know about you, but more than anything I want to live free of bitterness, resentment, shame and condemnation. So when God says to me, “Do you want to get well,” my answer is always yes. But that means I have to cooperate by forgiving those who’ve hurt me and forgiving myself…to stop picking at the emotional scab and let it go.

Let’s decide to do that today!

God, I’ll admit that I sometime pick at emotional scabs. I replay what was done and how it was done. I don’t want to do that any longer. I want to get up off my emotional mat, get up, and walk in freedom. Today I forgive ________ for _________, and will no longer hold the offense against the offender. I also accept your forgiveness for my sin of __________, and will no longer live in shame and condemnation.

Go back and read John 5:1-14. What changes would the man have to make in his life if he were healed?

Did the man ever say that he wanted to get well?

Why do you think we sometimes would rather stay emotionally unhealthy rather than get well?

What changes would we have to make in our lives if let go of past offenses and past shame?

More from the Girlfriends

It’s time to let go of some things…to get up off of that mat. 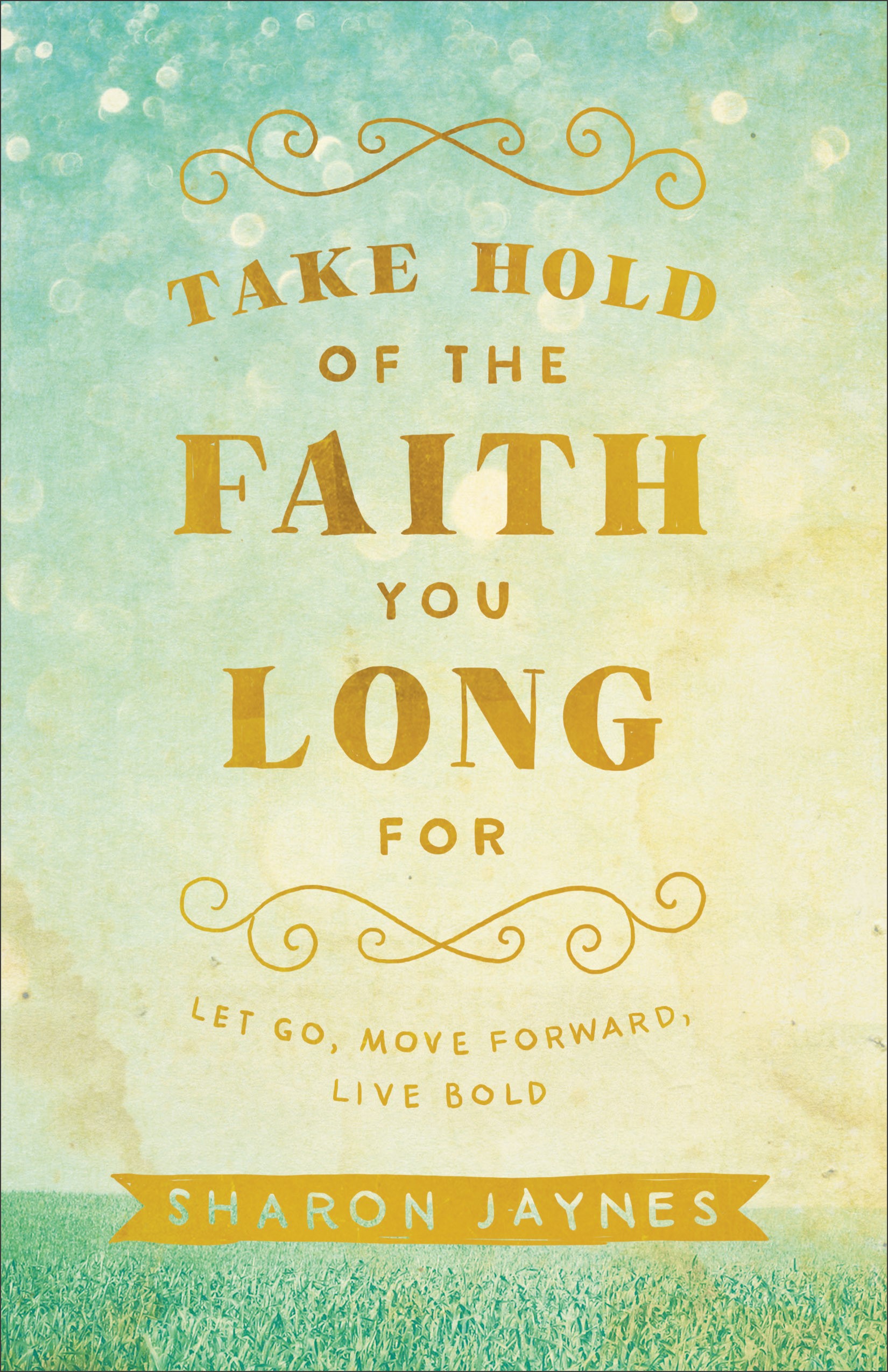 In Take Hold of the Faith You Long For: Let God, Move Forward, Live Bold, I reveal the most common reasons we get stuck in our Christian faith. I show you how to break free of all that holds you back, move forward with all that God promises, and live the adventurous faith of bold believing. It’s time to leave behind feelings of inferiority, insecurity, and inadequacy that hold you hostage and take hold of the mountain-moving faith God intends. Let’s uncover untapped sources of confidence and courage, and see how to move from simply knowing the truth to actually living it out boldly in a life marked by true freedom and expectancy. It’s time to get UNSTUCK! (Includes a Bible Study Guide for group or individual study.)